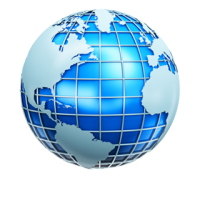 There are a number of regional conferences in different parts of the world which have similar purposes to the IBCM conferences at the regional level. IBCM seeks to stimulate, encourage and support these conferences.

Further information on these conferences and their predecessors cn be found on each of the individual region pages, using the menu above.

Bermuda Missions Conference: A conference was convened by the Bermuda Brethren on 18 –23 October 2006.  Many Caribbean countries were represented, and there were also participants for North America, the United Kingdom, South Africa and Zambia.